You’ve been involved in a car collision and are now considering going up against the insurance company and their adjusters alone.  Hopefully, you’re reading this having not suffered severe injuries; however, regardless if you were seriously injured or suffered only minor injuries, you should reconsider going at it alone.

There is no secret that insurance companies like dealing with people who are not represented by attorneys.  Why is that?  Well, simply put, they have a better chance of taking advantage of those people by either denying their claims or offering them unreasonably low settlement offers.

There have been many former insurance employees and people with inside information who’ve come out and talked about the many unethical practices of the insurance companies that have the ultimate goal of paying you nothing or less than what you deserve.

There was a nationwide class-action case, for example, wherein former Allstate employees testified that they were “trained to build rapport with customers and discourage them from hiring layers.” (Bartelme, Tony.  STORM OF MONEY: Insider tells how some insurance companies rig the system.  In an article written by Patrick Gunning titled if you love them, let them go, he explains that “insurance whistle blower Robert Dietz, adjusters at Farmers Insurance were ‘taught how to dissuade people from hiring a lawyer in the first place,’ ‘were evaluated annually for this talent,’ and ‘whenever adjusters allowed claimants to retain an attorney, they had to fill out a form to explain to supervisors how they let it happen.’” (Heckman, Candace; Low-ball offers nothing new in insurance industry. Seattle Post-Intelligencer.  May 14, 2003.)

Please understand that not all adjusters are like this and/or constantly working against you.  In fact, there are many adjusters who mean well.  Most adjusters, however, are simply overworked, underpaid, under appreciated and made to comply with standards like those mentioned above.

How to Stay Safe During Summer Road Trips 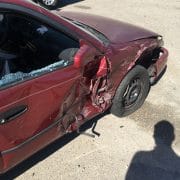 Giving Back to Our Community

We truly believe that in order to properly represent people injured in car accidents, we have to care about them personally.

Trouble Getting Car Repaired After An Accident?

Uber accident? First Steps to Take if You Are Injured
0 replies

Low Impact Car Accident – Don’t Be So Quick To Determine That You’re ...
Scroll to top