As we are emerging out of the COVID-19 pandemic, returning to in-person classrooms,

offices, and social gatherings, the roads are the busiest they have been in years, causing major concern for drivers everywhere. This concern erupted following the National Safety Council’s report of a large increase in car accidents and roadway deaths during the pandemic, a time in which the roads were virtually empty.

Safety concerns echo from communities and politicians alike across the nation, with a 24% spike in roadway death rates, which are highest the country has faced in 96 years.. “It is tragic that in the U.S., we took cars off the roads and didn’t reap any safety benefits,” said Lorraine M. Martin, president and CEO of the National Safety Council. “These data expose our lack of an effective roadway safety culture. It is past time to address roadway safety holistically and effectively.”

Researching the cause behind the major spike in roadway crashes and deaths, it was found that the emptier roads allowed drivers to increase speed without realizing, resulting in more high-speed crashes that inherently cause more damage and injury. The issue at hand is that as the roads have grown busier post-pandemic, the speed at which people are driving has not decreased with it, causing accident and injury rates to skyrocket.

What is Being Done?

Now we know why this breach in safety is happening, but what is being done to fix it? The answer is unfortunately, nothing yet due to California’s federal standard of speed evaluation currently in place. However, there are pushes for reform and hope for a safer California, as Assemblywoman Laura Friedman exclaimed, “If we had 42,000 people dying every year in plane crashes, we would do a lot more about it, and yet we seem to have accepted this as collateral damage.” Assemblywoman Friedman is working with government officials in California to draft and approve a new policy which would allow for Civil Engineers and Risk Management Scientists to reevaluate all speed limits, with safety as a first priority.

The current policy in place is the “85th percentile” method that California uses. It is a decades-old federal standard where every 10 years, state engineers survey a stretch of road to see how fast people are driving. Then they base the speed limit on the 85th percentile of that speed, or how fast 85% of drivers are going. Since the majority of people drive above the speed limit, the speed limits are continually growing higher, which is a major cause of concern as we see accidents on the rise. The main issue that Friedman holds, is that following the suggested speed limits this method creates, is no longer safe.

How can I Help?

As government officials work behind the scenes on policy reform, it is increasingly important to practice not only safe-driving tactics while on the road, but also driving defensively in high-speed scenarios. As obvious as it sounds, defensive driving decreases the chance of being in a situation where a high-speed accident would happen, as well as mitigating as much damages as possible. The three “Cs” of defensive driving include: Concentration, Control, and Courtesy. Concentration means keeping your eyes on the road and not driving if you’re drowsy or distracted. Control means maintaining your own safety in your vehicle. This includes your speed, staying in your lane, and obeying traffic laws. Last is Courtesy, which many forget and is the number one cause accidents. Courtesy is always allowing safe distances between you and any vehicles on the road. This helps reduce the damages of crashes that do happen, involving the least number of cars as possible. To learn more, there is a free defensive driving course available at https://ddt.dgs.ca.gov/presentation_html5.html.

Uber accident? First Steps to Take if You Are Injured

Giving Back to Our Community

The Person Who Hit Me Doesn’t Have Insurance 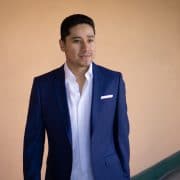 Is it Worth Hiring an Attorney? Insurance Offer Increases by 26 Times After Client Hires Attorney
0 replies